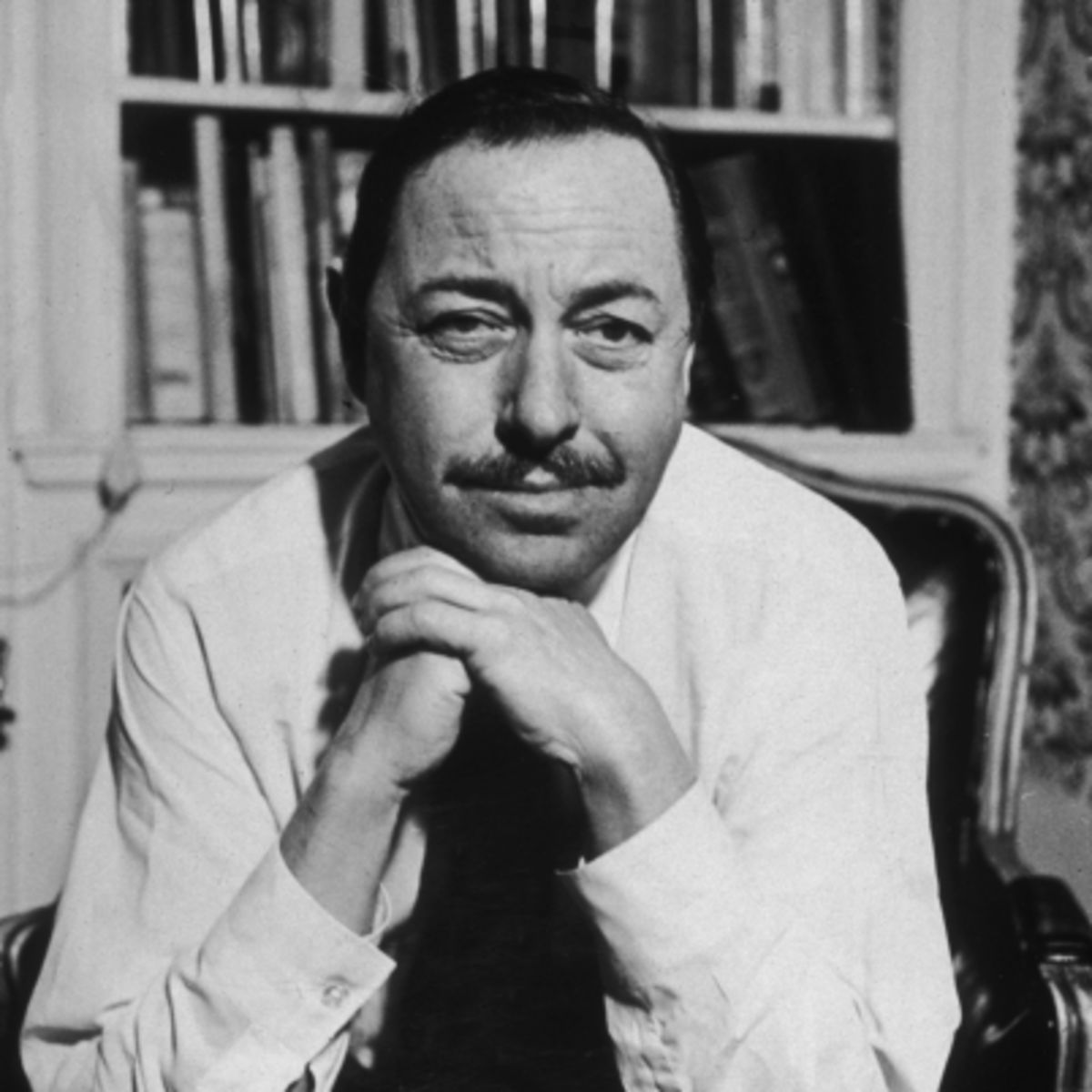 “All good art is an indiscretion.”—Tennessee Williams

Born in Mississippi in 1911 as Thomas Lanier Williams, he adopted the name Tennessee after his father’s birthplace. Moving to New Orleans in 1939, Williams produced an amazing amount of work during his lifetime. He is best known for his plays and film adaptations, but he also wrote poems, short stories and novels.

His first major success came in 1945 in Chicago with the opening of The Glass Menagerie. This was followed by the even greater acclaim for A Streetcar Named Desire, which launched the career of Marlon Brando and began a series of successful collaborations between Williams and stage and film director, Elia Kazan.

Williams quickly became a rich and famous writer. He won several awards including two Pulitzer Prizes for drama, four New York Drama Critics’ Circle Awards and one Tony Award for best play. Williams had fifteen plays produced on Broadway between 1945 and 1961. In 1980, President Jimmy Carter presented him with the Presidential Medal of Freedom.

Williams was a perfectionist who constantly revised his work. Some critics believe that his writing explores issues and situations from his own life. A perfect example of this is seen in The Glass Menagerie, which he considered an autobiographical play. However, some writers feel that Williams is represented in the play not by Tom, but by Laura. Tennessee was an effeminate boy, shy and socially awkward, who was teased and bullied by his classmates. (1)

Throughout his career, he was simultaneously praised and denounced for addressing taboo subjects. In 1956 Roman Catholic Cardinal Spellman blacklisted him for writing the screenplay Baby Doll. In A Streetcar Named Desire Williams showed violence never seen on stage before: in Cat on a Hot Tin Roof he dealt with sexual issues never before portrayed onstage. Brooks Atkinson, Broadway’s leading critic in the 1950s, said that Williams was a “master dramatist with a terrifying knowledge of the secrets of the mind.”

Although his work in the theatre made him famous in the United States, his films made him in internationally known figure. Seven of his plays as well as his novella The Roman Spring of Mrs. Stone were adapted for the screen during his lifetime. Williams’ work was well suited to the screen because he addressed subjects that were appealing to the film industry, including “the irregular passages of romantic life, the unavoidable discontents of family relations, and the exotic and perverse nature of Southern culture.”(2)

In the mid-1960s, the critics seemed to turn on him and began writing harsh reviews that implied Williams had lost his edge. (3) He also began to lose his popularity with audiences; his plays began closing after extremely short runs. What caused such a shift after such great acclaim? Some believe it was a response to his open homosexuality; others believe it was change in his writing style in which his plays became less realistic and more idea driven than plot driven. Regardless of the reason, it is true that the works created at the end of his life were basically ignored.

Williams died on February 25, 1983, alone in a hotel room, a depressed alcoholic with writer’s block.(4) His later works have been re-examined after his death. Many scholars believe they were not given fair treatment during his lifetime.