See It Start Here: New Plays and the First Performance of “Perpetual Girl” 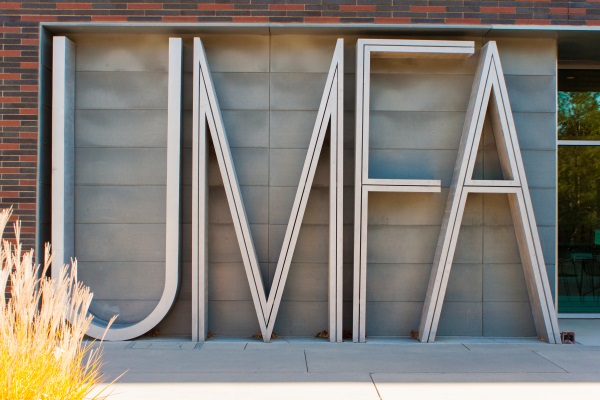 Will I be seeing you tonight? You. Me. Utah Museum of Fine Art. Dumke Auditorium. 7:30pm!

Tonight is the very first performance of Perpetual Girl, a new play by Wendy Weiner, directed by Julie Kramer. It’s all I’ve been talking about this week. Are you excited?

Karen Azenberg, the artistic director of PTC, started the Play-by-Play series five years ago to “help feed our audience that enjoys new work.” She wanted to also “increase opportunities for the local acting community.” Did you know that the cast of this weekend’s Play-by-Play readings consists almost entirely of local theatre actors? (Yay, supporting local!) The connection to the local acting community is actually what really kicked off the Play-by-Play program. And since it started from those humble beginnings, “submissions [for plays] have increased dramatically.”

As the season’s kickoff play, Perpetual Girl is directed by Play-by-Play veteran Julie Kramer. And because of her continued support for the program, Karen has no qualms about being hands-off which also gives her time to focus on the main stage. “The great thing about having someone like Julie here is that she really knows how the theatre works [and] what the expectation is of what can happen over that week.”

From several plays that Julie submitted to the Play-by-Play program, Karen specifically chose Perpetual Girl because she related to it “as a woman artistic director.”

“I like the idea that it’s a woman’s story; I think the theme is frighteningly true,” Karen says. Then, there’s the fact that “there was meat to the story and it was also very funny and clever.”

When Karen reads through submissions with her team, “it’s a balancing act.” She knows “everybody comes to get something different each time.” You’ll also see this variety in the upcoming Play-by-Play season (after you watch Perpetual Girl today and twice tomorrow, of course).

The Envelope is a “kind of political thriller – a little bit of mystery, very contemporary,” Karen tells me when I ask for a small preview. “[The story] gets more and more pertinent” in our current political climate.

And ASS? “It is the story of an artist, the relationship with his family, and the complexity they are in,” Karen hints. However, Karen adds a verbal addendum. Writer Ellen Simon had just sent her a new draft and “[Ellen] may have tilted it another way, so I may be lying.” But this is good. “I just like the idea that the writers – having the opportunity to be here – [are] inspired to work ahead of the process.”

However, first things first, I’ll see you tonight at Perpetual Girl. Utah Museum of Fine Art. Dumke Auditorium. 7:30pm. You never know what will change over the weekend so be sure to join me and watch it from the very beginning! Be sure to say hello?