The cast of “The Murder at Haversham Manor”: Robert

Home Blog The cast of “The Murder at Haversham Manor”: Robert 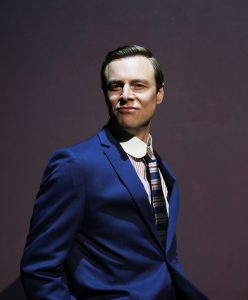 Robert John Parry III (Thomas Colleymoore) This will mark Robert’s fifth production with the Cornley Polytechnic Drama Society, after appearing as The Lion in last year’s production of The Lion and The Wardrobe, for which he received multiple Olivier nominations. Past credits include: every role in Hamlet – twice, Coriolanus Takes a Shower (Westminster Players), STILL Waiting for Godot (Portsmith Playhouse), and his now famous one-man One Man, Two Governors. Robert is the author of multiple books on acting including, “Pretending to Listen,” “Everyone Is Looking At YOU,” “Incredibly Loud and Ferociously Funny,” “Acting In Dressing Gowns,” and most notably, “Respect for Backting: How to Act With Your Back.” Robert would like to thank his mother and father, for conceiving such a prolific artist.