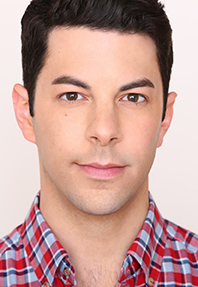 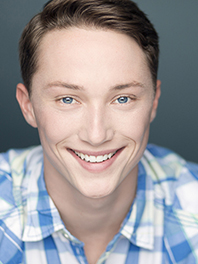 JORDAN BEALL (Ensemble) is thrilled to be back with Pioneer Theatre Company after his debut in Newsies (Finch)! He graduated from Oklahoma City University with his BPA in dance performance. Regional performance credits: The Muny: Newsies (Henry/Darcy), The Little Mermaid (Windward). Riverside Theatre: Chicago, Mame. Lyric Theatre of Oklahoma: Oklahoma! (Tom), The Drowsy Chaperone (Robert), Big Fish (Zacky Price), Billy Elliot: The Musical (Older Billy), The Wizard of Oz (Tin Man). Beall would like to thank CESD and his family and friends for the continual love and support. Enjoy the show! @JordanMBeall | JordanMBeall.com 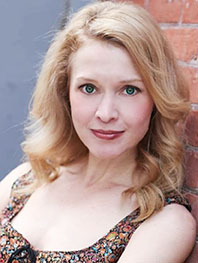 AMY BODNAR (Tanya) is thrilled to return to PTC, where she was last seen as Rosemary Muldoon in Outside Mullingar. She also played Gwendolyn Pigeon in PTC’s The Odd Couple. She comes here directly from Indianapolis and playing Donna in Mamma Mia!, so she is excited to switch it up! Bodnar has starred in musicals and plays on and off-Broadway, in National Tours and in regional theaters across the country, but there is no place she would rather be than working at PTC. 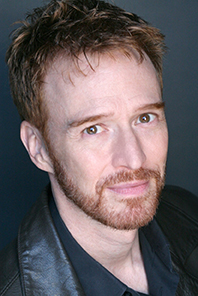 PAUL CASTREE (Harry Bright) is thrilled to be returning to PTC, where he last appeared as Arthur Milburn in The Last Ship in 2016. He made his PTC debut as Flint in Something’s Afoot in 2013. Broadway: Original cast member of Disaster!, 9 to 5, Young Frankenstein, High Fidelity, All Shook Up, Saturday Night Fever, Footloose, The Scarlet Pimpernel and Grease. Lead vocalist stand-by for Movin’ Out. National Tour : Joseph…Dreamcoat, Bye Bye Birdie. Off-Broadway, Los Angeles and Toronto productions of Forever Plaid—L.A. Ovation award, Canada’s Dora Award. New York City Opera: The Most Happy Fella. Regional: My Paris at Goodspeed Opera House, A Funny…Forum at Williamstown Theatre Festival. Television: “Nurse Jackie,” “Caroline In The City.” Recordings: Seven original cast albums, and the Grammy-nominated Actors Fund concerts of Dreamgirls and Hair. 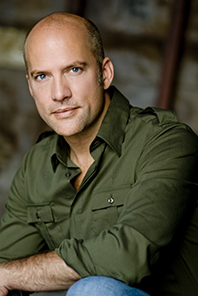 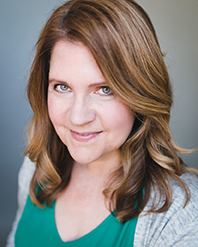 MARY FANNING DRIGGS (Rosie) is excited to be back on the PTC stage singing the songs of ABBA! Ms. Driggs has appeared in over 20 PTC productions, including The Last Ship (Regional Premiere), The 25th Annual Putnam County Spelling Bee, White Christmas, Les Misérables (Regional Premiere), 42nd Street, The Producers, Disney’s Beauty and the Beast and Smokey Joe’s Cafe. Originally from Texas, she holds a BFA from Brigham Young University. Her favorite local and regional credits include Annie Oakley in Annie Get Your Gun, The Narrator in Joseph…, Winnifred in Once Upon a Mattress, Charity in Sweet Charity, Lizzie in Baby and Alonso in The Tempest (directed by Tony Kushner). Ms. Driggs maintains a private vocal studio and teaches workshops specializing in pop-belt techniques. A proud member of Actor’s Equity Association, she dedicates this performance to the three cutest babies in the world: Lincoln, Olivia and Marlo. 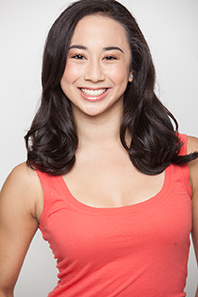 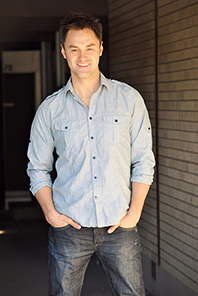 DAVID GUY HOLMES (Father Alexandrios/Ensemble) Pioneer Theatre Company credits: In the Heights the Concert Production, Newsies, The Rocky Horror Show, Fiddler on the Roof, Peter and the Starcatcher, Sweet Charity, A Christmas Carol, In the Heights and Rent. Grateful to be doing what I love, with the people I love. Thank you Karen, Patti, Lenny, Helen and the rest of the incredible PTC family! 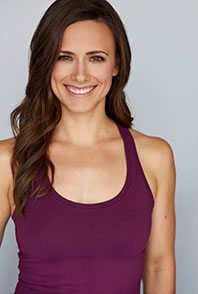 ELYSE NIEDEREE (Lisa) is so jazzed to be returning to Pioneer Theatre Company and her hometown of Salt Lake City with this amazing cast, crew and team for Mamma Mia! Favorite credits include: Elf—The Musical (National Tour), Disney’s Beauty and the Beast and On The Town (Sacramento’s Music Circus), A Funny Thing…Forum (Geva Theatre Center), West Side Story (Finger Lakes Musical Theatre Festival), Chicago (North Shore Music Theatre). Many thanks to Patti, Karen, wonderful teachers, inspiring friends, Alex, my incredible parents and my two brothers for their constant encouragement. Enjoy the show! 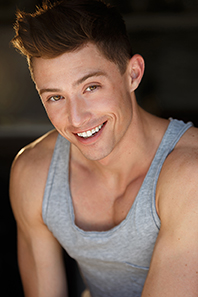 JP QUALTERS (Ensemble) is so excited to be returning to Pioneer Theatre Company. He was last seen here in It Happened One Christmas. Other credits include: the first National Tour of Kinky Boots and work at Ford’s Theatre; Signature Theatre; Hartford Stage; North Shore Music Theatre; Goodspeed Opera House; The Gateway; and Guild Hall, PLCO. Qualters holds a BFA from the Hartt School in music theatre. Special thanks to Karen, Carson/Kolker and his family! 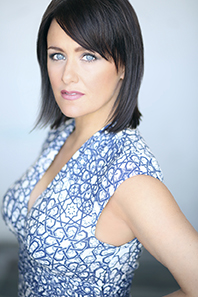 COLEEN SEXTON (Donna Sheridan) is so excited to be returning to PTC, where she had the chance to play one of her favorite roles to date, Florence in Chess! She made her debut in the Broadway world at 19 when she played Lucy in Broadway’s Jekyll and Hyde, which was filmed opposite David Hasselhoff. She recently starred in End of the Rainbow at Music Theatre of Connecticut, where she portrayed the infamous Judy Garland. Her last NY appearance was off-Broadway in Forever Dusty playing Dusty Springfield. National touring credits include Elphaba in Wicked, Brooke Wyndham in Legally Blonde and various roles in Chicago as well! Other favorite roles include Lady of the Lake in Spamalot, Mona in Dames at Sea, Narrator in Joseph… and Mary Magdalene in Jesus Christ Superstar. TV credits include “Law & Order,” “Third Watch,” “As the World Turns” and “Guiding Light.” 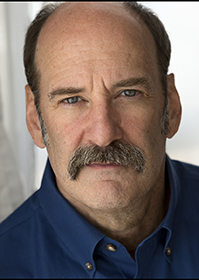 DAN SHARKEY (Bill Austin) was last seen at PTC as Jackie White in Sting’s The Last Ship. Broadway credits include: Amazing Grace, The Bridges of Madison County, Spider-Man: Turn Off the Dark, The Music Man and Show Boat (West End).  Off-Broadway: The Fantasticks, Captains Courageous, Lone Star Love, The Prince and the Pauper, Illyria and The Golden Boy of the Blue Ridge. National Tours: Grand Hotel, The Sound of Music with Marie Osmond, Seven Brides for Seven Brothers and The Will Rogers Follies. Favorite Regional: Sweeney in Sweeney Todd at The Guthrie, Side by Side by Sondheim (directed by J.K. Simmons) and Man of La Mancha with Shakespeare Theatre Company. Sharkey also played the role of Herb Crocker on HBO’s award winning “Boardwalk Empire.” Enjoy the show! 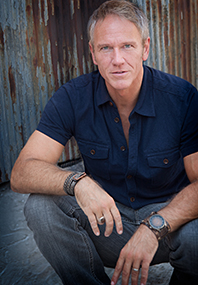 BRIAN SUTHERLAND (Sam Carmichael) Broadway credits include The Sound of Music, 1776, Victor/Victoria, Cats, Steel Pier, A Change in the Heir and Dance a Little Closer. Other New York credits include A Second Chance at Public Theater and 110 in the Shade at NYC Opera. National Tours include The Light in the Piazza, Disney’s On the Record, Guys and Dolls (w/Maurice Hines), Cabaret (w/Joel Grey) and 42nd Street (European Tour). Numerous regional theatre credits include Les Misérables and The Merry Wives of Windsor (Idaho Shakespeare Festival), Newsies (Fulton Theatre), Sondheim on Sondheim (Great Lakes Theater), Kiss Me, Kate and The Fantasticks (St. Louis Rep.), Shenandoah (Ford’s Theatre), Man of La Mancha (Pittsburgh Public Theater), Pirates of Penzance (The Guthrie) and Peter and the Starcatcher here at PTC! He holds a BA in musical theatre from the University of New Hampshire. 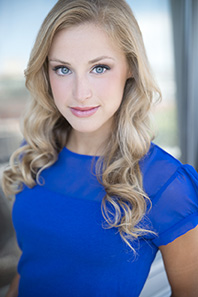 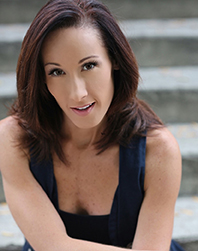 ASHLEY GARDNER CARLSON (Ensemble) is excited to be back for her 17th show at PTC, especially something so sparkly. Regional credits: PTC, Alabama Shakespeare Festival, Moonlight Amphitheater, Lyric Rep., Starlight Musical Theatre and Holland America Entertainment. Most recently, Carlson was seen in PTC’s In the Heights the Concert Production, and The Will Rogers Follies, as well as Hale Centre Theatre’s Hello Dolly!. www.ashleygardnercarlson.com 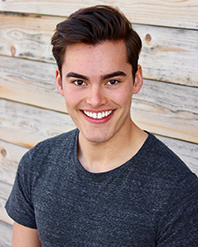 SKY KAWAI (Ensemble) is a pre-med student in the University of Utah Honors College while earning his BFA in musical theatre. Previous roles include Boland in Dogfight (Babcock), Worm in Diary of a Worm… (SLAC), Randall in Bring It On! (Marriott Center for Dance) as well as Ensemble in PTC’s concert productions of Chess and In The Heights. 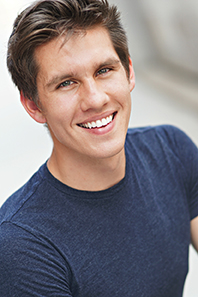 JESSE KLICK (Eddie) Previous credits include: The Envelope (Toby) and Newsies (Ensemble/Swing) with Pioneer Theatre Company; The Beautiful Game (Choreographer), You Never Can Tell (Valentine), Cats (Rum Tum Tugger/Macavity) and Dogfight (Eddie Birdlace), with U of U; An Evening With Kristin Chenoweth (Backup Vocalist) with BYU; and Twelfth Night (Sebastian) with Salt Lake Shakespeare. Klick holds a BFA in musical theatre from the University of Utah. jesseklick.weebly.com 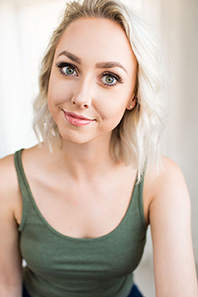 JAMIE LANDRUM (Ensemble) had the Mamma Mia! soundtrack memorized by the age of three! PTC credits: The Count of Monte Cristo (Valentine) and The Last Ship (Swing). University of Utah (from which she is a very recent graduate!) credits: Steel Pier (Shelby Stevens) and an all-female Jesus Christ Superstar (Judas). Endless thanks to everyone at PTC for giving students incredible opportunities, and to friends and family for supporting her dreams, and all her love to Noah. @jamieland 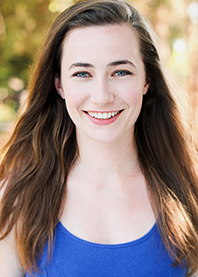 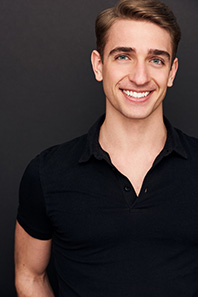 JOHN PETERSON (Ensemble) is so grateful to be back on the PTC stage right after graduating from the Musical Theatre Program at the U of U! Regional: Newsies, Oliver!, Fiddler on the Roof (PTC) and Mary Poppins (ASF). U of U: The Beautiful Game (John Kelly), Steel Pier (Johnny Adele), Cats (Skimbleshanks). Endless thanks to Karen, the MTP faculty, J Beall and his amazing, supportive family. @johnnpeterson 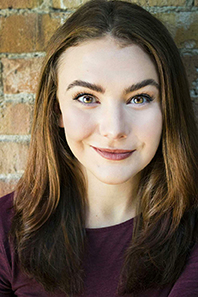 MIKKI REEVE (Ali) is beyond grateful to do her first show with PTC! She recently graduated from the University of Utah with a BFA in musical theatre, where she played Rita Racine in Steel Pier, Pontius Pilate in Jesus Christ Superstar, and Marcy in Dogfight. She thanks her incredible parents for their unwavering support and her friends for inspiring her every day. Enjoy the show! 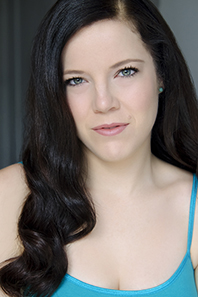 FALLON SCHWURACK (Ensemble) is so excited to be back at PTC! Previous credits include PTC’s The Music Man (Teen Ensemble) and It Happened One Christmas, USF’s and ASF’s Mary Poppins (Ensemble). She danced with Ballet West’s Conservatory and the Virginia School of Arts. She wants to thank her family and friends for their love and support! 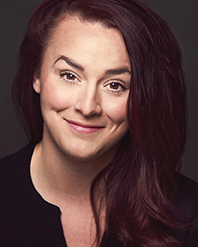 MEGAN SHENEFELT (Ensemble) is a graduate of the MTP at the University of Utah and was last seen in PTC’s concert version of Chess. Favorite credits include St. Jimmy in American Idiot, Lucy T. Slut in Avenue Q, Pirelli in Sweeney Todd and Jesus Christ in Godspell. Second place winner of Classical Singers International Singers Competition in Boston. Sending love to family and friends. 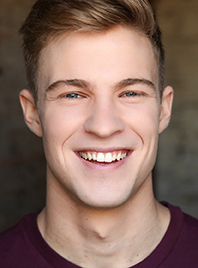 AIDAN WHARTON (Sky) is thrilled to be joining PTC for this production! A recent graduate of Penn State, Wharton has recently been seen in Between the Lines, Last Days of Summer, American Idiot, Be More Chill and Hair. A huge thank you to mom and dad, CGF Talent and my friends and family, who are the best support system. @aidanwharton 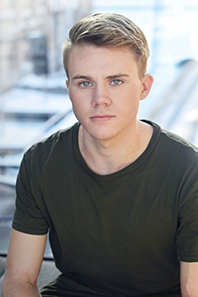 MYLES WOOLSTENHULME (Ensemble) is thrilled to be returning to Pioneer Theatre Company in Mamma Mia! Most recently, he was seen as Henry in Newsies at PTC, and he is so happy to be back again in the same season. Some favorite roles include, Ephraim in Music Theatre Wichita’s production of Seven Brides for Seven Brothers and Jay “the Hotdog Man” in Hairspray. Huge thanks to my family and friends for all the love and support! Follow me on Instagram: @mwooly95 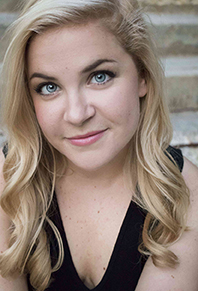 AMANDA WRIGHT (Ensemble) is so glad to be back at PTC after appearing in this season’s Newsies (Katherine u.s./Ensemble) and last season’s Chess the Concert Production. She has performed with Salt Lake Acting Company in Saturday’s Voyeur 2016 and can be seen in Voyeur again this summer. She has a BFA from the University of Utah’s Musical Theatre Program, where she appeared in Hello, Dolly! (Ernestina) and Jesus Christ Superstar (Jesus). For my family—thank you for the music!