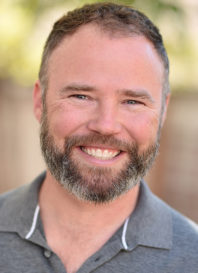 DANIEL BEECHER* (Antonio) is pleased to be returning to PTC after a long hiatus, where he last played Nana the dog and the crocodile in Peter Pan. Other credits here include Macbeth, King Lear, A View From the Bridge and Rosencrantz and Guildenstern are Dead. Elsewhere in town, Beecher has recently been in The Ice Front and One Big Union (Plan-B Theatre Company); Hand to God, Course 86 B in the Catalogue and The Caretaker (Salt Lake Acting Company); The Comedy of Errors, Our Town, Noises Off and Death of a Salesman (The Grand); and many more. He studied in the University of Utah’s Actor Training Program. 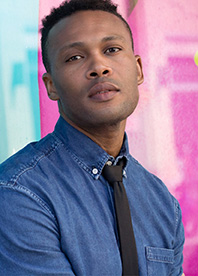 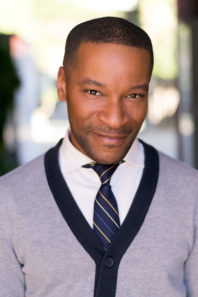 KENAJUAN BENTLEY* (Sir Toby Belch) is an LA resident and is excited to be making his PTC debut. Bentley was last seen as Mr. Darcy in Seattle Repertory Theatre’s production of Pride and Prejudice. Other regional theatres include: 5 seasons at the Oregon Shakespeare Festival, Long Wharf Theatre, Philadelphia Theatre Company, Shakespeare Theatre Company in DC, The Public Theater, The NY Shakespeare Theatre and Connecticut Repertory Theatre, where he received his MFA. Television credits include: “The Young and the Restless,” “Scandal,” “How to Get Away with Murder,” “Doll & Em,” “Grimm” and “Famous in Love.” 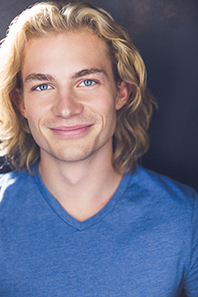 ZACH FIFER* (Sebastian) is oh so happy to make his Utah theatrical debut with Pioneer Theatre Company! Currently living in New York, but always a Hoosier at heart, Fifer’s favorite credits include If on a Winter’s Night… (TheatreHusband/TheatreWife Co.), Lord of the Flies (dir. Caden Manson), and Steubenville (dir. Eleanor Bishop). When Fifer isn’t surviving shipwrecks and exploring Illyria, he will probably be found near puppies. Carnegie Mellon University BFA. IG: zachfife 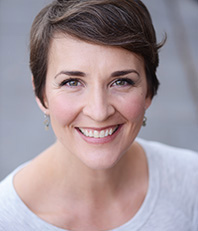 SUSANNA FLORENCE* (Maria) happily returns to Pioneer Theatre Company. She has appeared previously in King Charles III, Fiddler on the Roof and One Man, Two Guvnors, as well as several Play-by-Play readings, including Speculator Spirits, The Envelope, A March Tale, Honor Killing and i. Other Utah credits include Kings’ Men with The Sting & Honey Company, The Weird Play, Pilot Program and Kingdom of Heaven with Plan-B Theatre Company, and As You Like It, Shakespeare in Love, Mary Poppins and Much Ado About Nothing with Utah Shakespeare Festival. She holds an MFA from the National Theater Conservatory. Deep gratitude to Mom and Dad for instilling an early love of beautiful language. 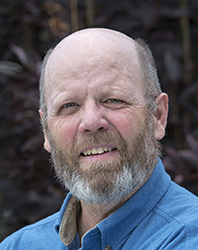 J. OMAR HANSEN* (Captain) is so excited to make his Pioneer Theatre Company debut in Twelfth Night. Theatre; NYC: Gottfried/Ed (Bielzy and Gottfried), Regional: Fagan (Oliver!), Nephi Johnson (Ballad of a Meadow), Scrooge (A Christmas Carol), Froggy (The Foreigner), Ben Franklin (1776). Television: “Scarecrow and Mrs. King,” “The Twilight Zone,” “Starman,” “Days of our Lives,” “Blind Witness,” “Evil in Clear River.” As a playwright, he has had plays produced all over the country. He is a cofounder of the Great Bear Folk Theatre, a storytelling theatre company. As a storyteller, he has performed at major festivals across the country. After a 25 year career as a university professor, he is now excited to be pursuing theatre full time again. 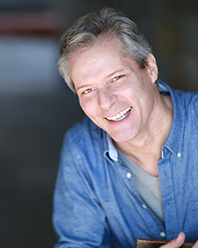 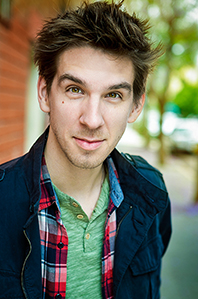 CONNER MARX* (Sir Andrew Aguecheek) is elated make his SLC debut with Pioneer Theatre Company. A graduate of Vassar College in New York, he apprenticed in classical dance and drama at the Darpana Academy in Ahmedabad, India, before developing an original adaptation of Malaysian folktales in Kuala Lumpur. In the States, Marx co-founded New Noise Performance, a physical theatre company in New Orleans. He was also a fire juggler and acrobat in the Barefoot Monkeys Circus Troupe. Some favorite screen credits include “Z Nation,” Lucky Them, “Shameless,” “NCIS,” “Criminal Minds,” “The Young and the Restless” and “Leverage.” Marx’s recent films have played TIFF, Slamdance, Tribeca, SIFF and most recently If There’s a Hell Below, which he also produced, was released nationwide. 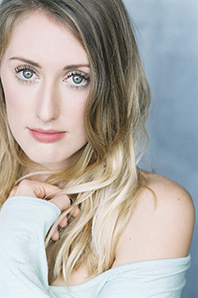 GRACE MORRISON* (Viola) is a Los Angeles-based actor who is very grateful to be working at Pioneer Theatre Company for the first time. She holds an MFA in acting from UC Irvine and a BA in theater studies from UC Santa Barbara. Past favorite regional stage credits include Kate in The Taming of the Shrew and Horatio in Hamlet (New Swan Shakespeare Festival). Much love to her family and Joe. AEA member. gracemorrisonactor.com 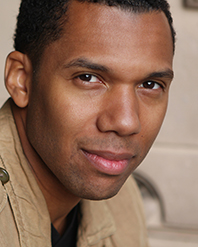 ABDUL-KHALIQ “A.K.” MURTADHA* (Orsino) Originally from Washington DC, Murtadha has enjoyed various classic and contemporary roles in regional and repertory theatre and is proud to be making his debut at PTC. His most recent plays include: The Mountaintop at Westcoast Black Theatre Troupe in Sarasota and All the Way, The Great Society and Guess Who’s Coming to Dinner at Asolo Rep.; Barbecue at Phoenix Theatre in Indianapolis, and Intimate Apparel and Macbeth at the Ensemble Theatre Company in Santa Barbara. Some of his TV and film credits include “NCIS: LA,” “Raising the Bar,” “The Unit,” “Medium,” “All My Children,” “Numb3rs” and the recently released horror movie 8989 Redstone (Amazon). Awards include Best Actor – New Orleans Short Film Festival, for In the Wind. BA, Indiana University; MFA, UC San Diego. Member: AEA, SAG-AFTRA. www.akmurtadha.com 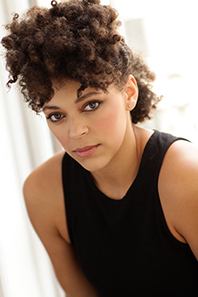 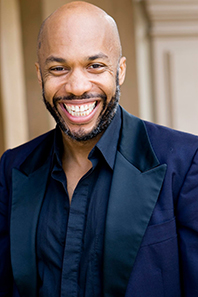 RICHARD E. WAITS* (Feste)started his career dancing with the legendary Ginger Rogers! He has garnered rave notices for his character portrayals of Old Mister in The Color Purple, The Cop in the cult hit The View UpStairs, King Achashverosh in The Whole Megillah, The Master Gardener in Orchid, the Show, Coalhouse in Ragtime, George in Uncle Tom’s Cabin, The Lion in The Wizard of Oz, Horse in The Full Monty and Sweet Daddy in Best of Both Worlds directed by Tony Award-winning Diane Paulus. Other credits include the French productions of La Cage Aux Folles and Ain’t Misbehavin’ and the heralded Showboat at Goodspeed Opera House. As a playwright, his one-man show, Mama Rose, for which he also wrote the book and score, received great notes as it played La MaMa. As a composer, his work has been commissioned by Maxwell House Coffee. Thank you: Larry Carpenter, Agent Eddie Rabon at Take 3 Talent and Bob Cline. Social Media handle:
@RichardEWaits 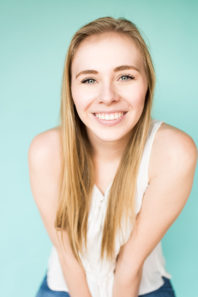 BERET BREMS (Ensemble, u/s Viola) is honored to make her Pioneer Theatre Company mainstage debut! You may have seen her as part of last season’s Play-by-Play series in The Ice Front. She is a senior in the Actor Training Program at the University of Utah, graduating this May. Brems is also an intern for PTC this semester, assisting the company in day-to-day tasks. Recent roles include: Jacquenetta in Love’s Labour’s Lost, Chastity in Self Defense, or death of some salesmen and Bente in The Ice Front (reading). Thanks to her family and friends for their enduring love and support! 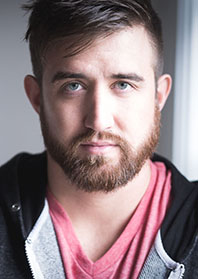 GREG CARVER (Ensemble, u/s Sir Toby Belch, Fight Captain) is a senior in the Actor Training Program at the University of Utah. Recent credits include: The Two Noble Kinsmen (Babcock), Love’s Labour’s Lost, Self Defense (Studio 115), Høüses (Riot Act Theatre), Synchronicity (Salt Lake Acting Company), Amadeus, A Little Night Music (Utah Repertory Theater). He would like to thank his professors and PTC for this amazing opportunity. He is also grateful to his mom, Chris, for her constant love and support!

CAMERON HOLZMAN (Ensemble) is in his PTC debut and is a sophomore in the Musical Theatre Program. He’s a scholarship recipient and has also appeared in the musicals Steel Pier and The Beautiful Game. He would like to thank his parents for their continued belief in his passion, all of his friends who have supported him along the way and his voice teacher Dave. 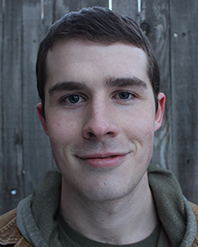 CONNOR NELIS JOHNSON (Ensemble) considers himself lucky to be a part of Pioneer Theatre Company’s Twelfth Night. Previously he has performed with Salt Lake Acting Company, Salt Lake Shakespeare and U of U Youth Theater. He has also appeared several times at the Great Salt Lake Fringe Festival. Johnson is a freshman in the University of Utah Actor Training Program. 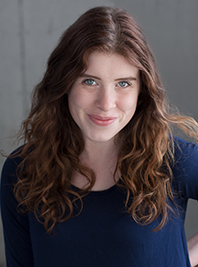 ALI KINKADE (Ensemble) PTC debut! Recent credits: Mercutio in Høüses (Riot Act Theatre), Susanna in Kings’ Men with The Sting & Honey Company, Abigail in The Crucible (BYU). Most recognized in the grocery store for commercials and occasionally the Oregon Trail web series. Lover of improv and national parks. BFA in Acting from BYU. 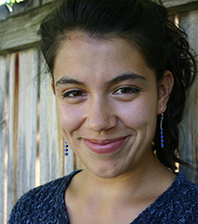 ISABELLA REEDER (Maid, Reveler, Ensemble, u/s Olivia) is a senior in the University of Utah’s Actor Training Program and is excited and proud to return to PTC for this Shakespearean production. Recent credits include Love’s Labour’s Lost (U of U), King Charles III (PTC), (in)divisible (Plan-B Theatre Company), Self Defense, or death of some salesman (U of U) and PTC’s reading of The Ice Front. Much love and thanks to my supportive family and professors, as well as to PTC for an amazing learning opportunity both onstage and offstage as a PTC apprentice. Reeder is a grateful U of U Theatre Department scholarship recipient. 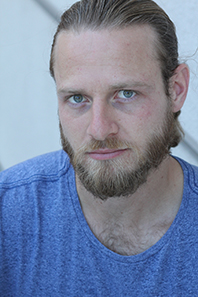 JOHN TERRELL (Curio, Ensemble, u/s Orsino and Antonio) has a BA in theatre arts from C.S.U. East Bay and has studied with the American Conservatory Theater in San Francisco. Theatre credits include; Tom Junior in Sweet Bird of Youth, Eddie in Fool for Love (both at Tides Theatre in San Francisco) and Jesse in North by Inferno, written in collaboration with the Center for Investigative Reporting, which has been featured on “Reveal” on NPR. 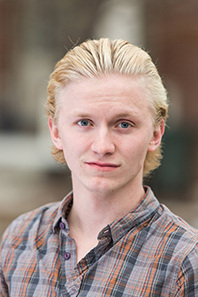 NATHAN ALLEN VAUGHN (Ensemble, u/s Sebastian) is a sophomore in the Actor Training Program at the University of Utah. His previous credits include Timothy (Hand to God), Longaville (Love’s Labour’s Lost), Cliff Bradshaw (Cabaret) and Roger (Rent). He also works actively with his film company, Beringia Media. He would like to thank his class for their friendship and passion, and Chris DuVal, for his work and mentoring. Enjoy the show! 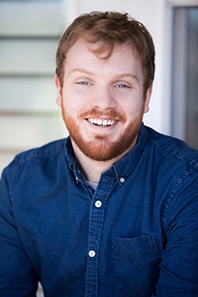 MATT VERNER (Valentine, Ensemble) is a recent graduate from the University of North Carolina with a degree in dramatic art, and he is thrilled to be working on his first show in Utah! He would like to thank his family, his friends, his girlfriend and his dog for their love and support and he hopes you see him onstage again soon!